A decade of legislative changes for the recovery of the real estate sector. Opening of SIMA 2018 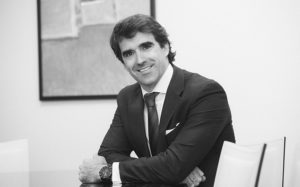 Once again this year, the Madrid International Real Estate Exhibition – SIMA has begun. https://simaexpo.com/. This year marks the 20th anniversary of its first edition in 1998. Since then, the real estate sector has adapted to the needs of the national and international economy. Once again this year, the main developers, real estate companies, Socimis, banks, etc., will be taking over their stands to showcase current real estate news and draw up forecasts for one of the sectors of reference for the national economy.

2018 represents for SIMA the moment of boom in the Spanish real estate sector. After the deep economic crisis suffered with the fall of large developers and real estate companies, the collapse of the savings banks and the depression in domestic and foreign investment, today we can say not only that it has recovered, but is on the rise. It is only necessary to leave at the end of the 2017 financial year, when the number of home sales transactions reached 16.90% with respect to previous years, increasing the number of transactions and access to mortgage loans, although still far from the historical highs of 2008. In this sense, it is time to make a plateau to consolidate oneself and not to fall into old mistakes of the past.

For this reason, and taking advantage of the beginning of SIMA 2018, it is interesting to focus on what has changed in the last 10 years of economic recovery, not from an economic or financial point of view but from a legal point of view. Over the last decade, not only have there been changes in government and monetary policies, bailouts of banks, and calls for attention from the European Central Bank (ECB), but there have also been legislative changes that have laid the foundations for the legal security that many people missed in this sector. In this respect, we can talk about three major legislative milestones.

On June 6, 2013, the Urban Leasing Law (Law 29/1994, of November 24, 1994) was amended in order to give greater flexibility to leasing relationships, reducing the maximum duration from 5 to 3 years and establishing the possibility of a mid-year exit. This legislative change must be added to the amendment approved on October 5, 2015 of the Civil Procedure Law (Law 1/2000, of January 7), which expedited the eviction action due to non-payment, reducing the processing time in the possession of the rented homes, as well as the amounts claimed. Both modifications have given the tenancy relations the legal security and judicial agility necessary for the development of the residential park that is now on the cover of the economic press.

Another major legislative measure was the entry into force of the Law on Listed Public Limited Companies Investing in the Real Estate Market – Socimi (REIT) (Law 11/2009, of 26 October), which has allowed the arrival of large real estate investments attracted by the tax benefits enshrined therein. This law has not only meant foreign investment in real estate development, but has also dusted off the capital saved by channeling it to the purchase of homes and/or their exploitation, which has led to an increase in residential demand through specialized companies. Thus, today’s tenant is a consumer of real estate services who chooses to rent and take advantage of a specialized residential sector, instead of investing his or her savings in the purchase of a home. In this sense, thanks to the Socimis, not only has the residential sector been professionalized following the models of the main European cities, but the figure of the tenant who opted for leasing as an alternative to his lack of economic capacity to acquire his or her home has also been blurred.

We must also refer to the Law on Support for Entrepreneurs and their Internationalisation (Law 14/2013, of 27 September), which has managed to direct the focus of private foreign investment to Spain. In recent years, through the obtaining of the residence permit for real estate investments over €500,000.00, foreign investment has increased in the main capitals of Latin American citizens who, faced with the legal uncertainty and financial instability they are suffering, decide to invest in Spain and put their residence in a country member of the European Union, endowed with all the legal and economic rights and guarantees.

Finally, mention must be made of the Government’s approval of the law that will regulate the “express eviction” of the squatted homes, which will eliminate the fear of renting out the homes, increasing the rental offer.

Thus, it has been 10 years that the real estate sector has re-emerged, finding us in a moment of upward stability which, among many other reasons (rescue of banks, lower interest rates, increased demand, etc.) has been due to the legislative adaptation that has made this re-emergence a reality.

From Thomas de Carranza Abogados we advise the main investment funds, Socimis, Real Estate Investment Companies -SII, as well as private investors of all types of nationalities, who, with them, current legislation and daily and specialized legal advice, make the real estate sector one of the main drivers of the national and international economy today and for example the twenty years of the Madrid International Real Estate Exhibition – SIMA.