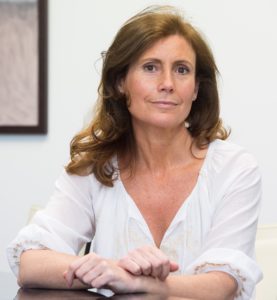 The unquestionable increase in international sales and purchases in recent times has led to a significant increase in the application of the United Nations Convention on Contracts for the International Sale of Goods, done at Vienna on 11 April 1980.

It is important to note that there are countries, even within the European Union, that have not signed the Vienna Convention, such as the United Kingdom of Great Britain and Northern Ireland, Ireland, Portugal and Malta. Where one of the parties to the sale is resident in a country which is not a party to the Convention, the law chosen by the parties or, failing that, the rules governing conflicts of laws, will have to be observed directly.

In a recent case in which the Firm defends the interests of the seller, a company resident in the United Kingdom, to whom the buyer, a Spanish company, has not paid the agreed price notwithstanding the correct and uncontested delivery of the goods, the consequence, in the absence of a written contract expressly indicating the choice of law applicable by the parties, and which cannot be imply from the circumstances of the case in which the parties have chosen any applicable law, is that, being the competent jurisdiction of the Spanish courts and tribunals (EU Regulation N.1215/2012 of the European Parliament and of the Council of 12 December 2012 on jurisdiction and the recognition and enforcement of judgments in civil and commercial matters (Brussels I bis)), the applicable law could be the law of the United Kingdom, with the disadvantage and difficulty of having to prove it to the Spanish court, as required by Article 281(2) of the Code of Civil Procedure.

This application of the law of the United Kingdom of Great Britain is based on the provisions of Regulation (EC) No 593/2008 of the European Parliament and of the Council of 17 June 2008 on the law applicable to contractual obligations (Rome I), which provides that “the contract shall be governed by the law chosen by the parties” (which may be expressly stated in the contract or be unequivocally based on the terms of the contract or the circumstances of the case) or, in the absence of choice by the parties,’the contract for the sale of goods shall be governed by the law of the country where the seller has his habitual residence’, that is to say, the law of the United Kingdom.

However, even in such cases, Spanish law may still apply if we can convince the Spanish court that it is clear from the circumstances as a whole that the contract is manifestly more closely connected with Spain, in which case Spanish law will apply (Article 4(3) of the Rome I Regulation). In any event, even if we request the application of Spanish law because of the circumstances that link the contract with Spain, we must, in the alternative, request the application of United Kingdom law and prove it within the process, because if the judge considers that the contract does not have closer links with Spain and that the legislation that applies to the contract is that of Great Britain, the lack of allegation and accreditation of the same could mean that our claim is rejected, leaving the client without action.

This website uses cookies to improve your experience while you navigate through the website. Out of these, the cookies that are categorized as necessary are stored on your browser as they are essential for the working of basic functionalities of the website. We also use third-party cookies that help us analyze and understand how you use this website. These cookies will be stored in your browser only with your consent. You also have the option to opt-out of these cookies. But opting out of some of these cookies may affect your browsing experience.
Necessary Siempre activado
Necessary cookies are absolutely essential for the website to function properly. This category only includes cookies that ensures basic functionalities and security features of the website. These cookies do not store any personal information.
Non-necessary
Any cookies that may not be particularly necessary for the website to function and is used specifically to collect user personal data via analytics, ads, other embedded contents are termed as non-necessary cookies. It is mandatory to procure user consent prior to running these cookies on your website.
GUARDAR Y ACEPTAR