Right to Honor for Companies. Important Ruling in the Supreme Court in relation to this highly topical issue.

THE FIRST CHAMBER OF THE SUPREME COURT AGREES WITH THOMÁS DE CARRANZA ABOGADOS IN THE DEFENCE OF THE RIGHT TO HONOUR OF TWO SPANISH COMPANIES: “COMMERCIAL REPUTATION IS AN ESSENTIAL VAlLUE FOR COMPANIES” 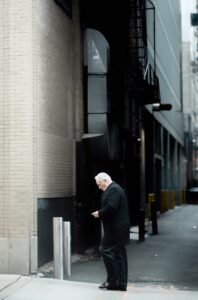 The Firm Thomás de Carranza Abogados wins a new procedure before the Supreme Court on the Fundamental Right to Honour of two Spanish companies. In its ruling, the First Chamber of the Supreme Court declares that commercial reputation is an essential value for our companies. Media through the Internet, such as blogs or web pages, must not be used to avoid the responsibility derived from those who attempt against the fame, good name or professional or commercial prestige of individuals or companies. This prestige is particularly relevant, as the case now sentenced, in the field of market competition.

The Supreme Court recognizes that the right to honor is not always displaced by the freedom of expression exercised by those who engage in slander or calumny under the cover of the Internet. It is essential to carry out effective investigation work aimed at unmasking the people behind blogs, web pages or domain names with the intention of covering up the attack on competitors.

Therefore, in contrast to the opinion of the Court of First Instance and the Provincial Court itself, which insisted on the existence of an alleged social interest in the opinions that users may express on certain products, the Supreme Court has considered, agreeing with Thomás de Carranza Abogados, that there is a significant difference between giving opinions and discrediting, vexing and defaming the fame and credit of companies (especially when such alleged “opinions” are used by the rest of the competing companies in the market to obtain a competitive advantage). Commercial reputation is an essential value for our companies that is protected through the Fundamental Right to Honor.

In the opinion of Santiago Thomás de Carranza and Eduardo Diaz Meco, partners of the Firm who have been in charge of the present legal proceedings, this is a very important ruling, which has recognized that the Right to Honor of companies does not cover insult or disqualification, even when it is intended to disguise it under the appearance of a mere opinion issued by a supposed consumer.

More information on our experience in the defence of the Right to Honor: here

Photo by KE ATLAS on Unsplash